The first edition of the 2019 France Robotics Pre-Cup at Pole Léonard de Vinci! A training session organized by the DaVinciBot association before the French Robotics Cup which will take place from May 30th till June 1st in La-Roche-sur-Yon, Vendée. Six engineering schools faced off, including ESILV: ENSIM, INSA, ESEO, EPITA, and IN’TECH.

Each team exchanged his techniques to improve the competitiveness of their autonomous robots, from the perspective of the 2019 French Robotics Cup, the first gathering of engineering schools in Europe. More than 1,500 post-bac students will participate!

The schools’ teams will compete for 4 days after having designed a robot throughout 9 months. They should manage their stress and make the team spirit work, as much as the robot. So many soft skills applied every year at ESILV.

In the same conditions as the 2019 French Robotics Cup

“This is a very good initiative from DaVinciBot. This allows students to meet, exchange best practices, and prepare their robot optimally for the official competition”- Meryem Elwardi, Campus Manager at Altran.

Just like the “real” competition, the engineering students verified that the robots of all the schools were well homologated and corresponded well to the specifications guideline communicated during the preparatory phase.

The game table was perfectly identical to the one that will be used during the competition at the end of May. Several TV screens were arranged in the Learning Center and a large common workspace, which allowed everyone to see the results of the matches. The training was therefore performed in real conditions.

Rules of the game

Around fifty shuffles are spread over the game table. In 100 seconds, each robot from both teams must collect the maximum amount. How? By means of the actuators, like the one from ESEO’s team robot shown below. The actuators are very efficient when the underlying mechanics are optimal.

The machines are autonomous, they mustn’t, under any circumstances, be remote controlled by a joystick.

To avoid any crash, an emergency stop button is installed on the robot. As soon as it comes too close to its opponent, one of the team members intervenes and it’s a complete termination (which can be interesting in terms of strategy, since it can interfere in the progress of the opposing machine). 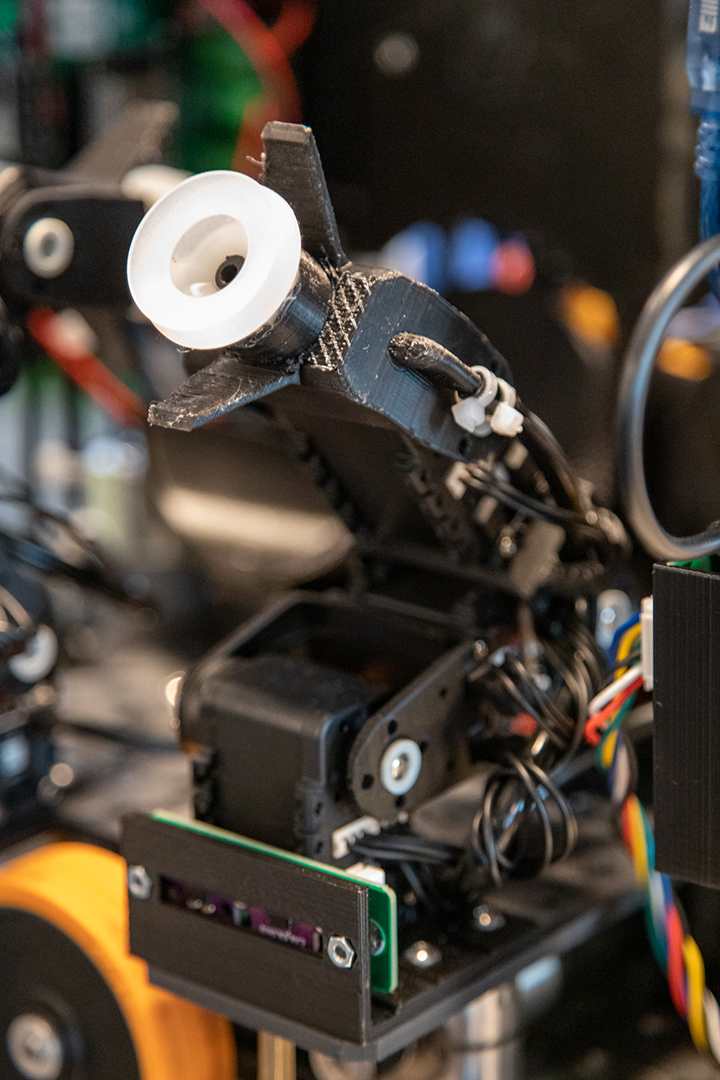 An actuator used to recover the pucks on the game table.

ESiLV’s team against the 2018 runner-up

A highly anticipated match at the 2019 France Robotics Pre-Cup, that of ESILV against ESEO, mounted on the 2nd place of the podium at the 2018 edition of the competition. To comment on the match, Corentin Hochman, majoring in New Energies at ESILV:

“The two robots activated the experiment, aka they launched the projectile to reach the target in height, then our robot began to advance and collect points, but it was forced to stop to avoid collision. We didn’t reach the end of our game pattern.”

ESEO won the match at 100 to 40. At the end of the day, no final ranking was achieved. The idea: a day of exchange, no stress! 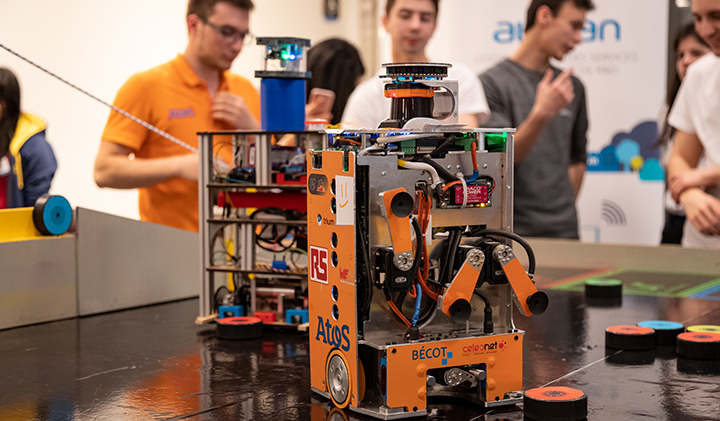 The two robots face to face in the foreground, ESEO’s and in the background, ESILV’s

The advice from an experienced team

It’s not a matter of playing for competition, rivalry, or jealousy 2019 France Robotics Pre-Cup. ESEO shared their best practices, but also delivered the secrets behind such success at the Cup of France. The DaVinciBot team is still very “young” (only 5 years old!) and we have to bet on the number of years to become more and more competitive.

“It’s been 20 years since we had a robotics association at ESEO. It’s a major asset. The soft, the base, is the same since 2013. We preciously keep the pieces of code and don’t lose them along the way. There are even alumni who come to help us even though they have work, simply because they’ve always been interested. The secret is a good handover over the years. “- Guillaume Dupoiron, 2nd year engineer, embedded systems option.

As the years go by, the number of sponsors increases… the budget as well. More or less the budget; it’s also more or less about efficient robots. DaVinciBot has a long way to go. This is just the beginning, but the team believes in it and promises to go further and further through the competitions.

Next year, another French Robotics Pre-up will also be organized at the Pole Léonard de Vinci.

Learn more about the Computational Mechanics and Modelling programme at ESiLV. 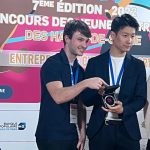 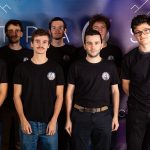 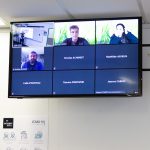