In a recent research paper entitled “ON PROFITABILITY OF NAKAMOTO DOUBLE SPEND“, using new mathematical proofs that he developed, Cyril Grunspan, Director of the Financial Engineering Programme at ESILV Graduate School of Engineering, demonstrates that the bitcoin’s network security is robust enough to require only 1 or 2 confirmations for average transactions.

This hypothesis may shake the Bitcoin community up and the threshold of confirmation required for transactions to appear in the receiving wallets.

In a nutshell, the research paper corrects the Nakamoto double spend strateg, by solving and computing the exact profitability for this strategy and reducing the number of confirmations requested by the recipient from 6 to 2.

Originally published on 12 December 2010 on the computer science and cryptography section of Cornell University’s  arXiv.org research library, the paper takes on the computational assumptions of Satoshi Nakamoto, as presented in subchapter 11 of the Bitcoin white paper and introduces a “give-up” threshold.

“Nakamoto double spend strategy, described in Bitcoin foundational article, leads to total ruin with positive probability and does not make sense from the profitability point of view. The simplest strategy that can be profitable incorporates a stopping threshold when success is unlikely. We solve and compute the exact profitability for this strategy. We compute the minimal amount of the double spend that is profitable. For a given amount of the transaction, we determine the minimal number of confirmations to be requested by the recipient such that this double spend strategy is non-profitable. We find that this number of confirmations is only 1 or 2 for average transactions and a small hashrate of the attacker. This is substantially lower than the original Nakamoto numbers that are widely used and are only based on the success probability instead of the profitability”, says the paper abstract.

“What was lacking in the literature is a rigorous model of profitability to make exact comparisation of profitabilities of different mining strategies, in particular with the honest strategy, as done in [8]. This is what we provide in the present article.”

“Our new paper combines two main previous results. The first one is the exact computation of the probability of success [of a double spend attack] (“Double spend races,” 2017) and the second one takes into account the exact model for profitability that we developed for analyzing selfish mining strategies (“On profitability of selfish mining,” 2018).”  (Ricardo Pérez-Marco, Bitcoin Magazine)

“Satoshi was a genius,” says Grunspan. “But he was not a mathematician.”

Students interested in market modelling and financial instruments may prefer a Master in Financial Engineering. 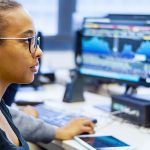 Blockchain & Cryptocurrencies: An ESILV Success Story that has been running since 2015 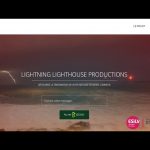