Women and science has always been a serious topic that required the right kind of attention; and “ADA – Gender Equality” was the name of a special day organized by ADA on the campus of Pôle Léonard de Vinci , in partnership with Femmes & Sciences.

ADA (Aider, Donner, Agir – Help, Give, and Act) is a charitable organisation in the Parisian region, and as one of the associations of the Pole, it enables students of the Pôle to throw themselves into the humanitarian field and to get involved in current issues that need

Everyone knows that women are not only a minority in the engineering field, but are often not encouraged to go into the science industry. On this day, three inspirational women with incredible scientific careers were invited to ESiLV graduate school of engineering to raize awareness about daily issues that both women and men still face when it comes to inequality and job opportunities in science: Florence Durret an astrophysicist at the Institut of Astrophysics of Paris and also representative of Femmes & Sciences association, Colette Guillope a mathematics professor at Paris-Est Créteil University, and Marie-Claude Gaudel an emeritus professor at Paris-Sud University.

Through quizzes to evaluate the students’ knowledge in the current issues of women and sciences in France and interactice activities, a conversation has been opened to discuss, raise awareness, and encourage young women to explore their potential in the science fields and engineering in particular.

The missions of the association are:

The association Femmes & Sciences brings together around 300 members, women and men, scientists and non-scientists, who share the objectives of the Women & Science association.

ESiLV graduate school of engineering is also an academic partner of Elles Bougent, an association that promotes exciting scientific and technical professions to schoolgirls and female students, sheds light on the several industrial companies that lack scientific female talents, and also allows the young women to identify and project themselves into engineer women experience sharing, especially in a men’s environment.

More about Master’s Programme at ESILV 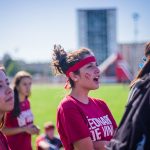 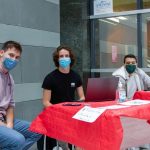 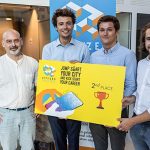