During his internship with Dassault Systems, Pierre Versini, class of 2020, coordinated an international student team who took part in a challenge of creating the sleeping quarters of a submarine using 3D design, simulation and collaboration technologies.

The scholars provided a 15-hour live demonstration on how to model and build the interiors of a submarine with Solidworks, xDesign, SIMULIA and DELMIA applications powered by the 3DEXPERIENCE platform, at the 3DExperience World 2020 event in Nashville, USA, from 3 to 5 February.

As a member of the Dassault’s 3DExperience Lab, Pierre took on the role of the project team lead, making it possible for his three teammates to prepare the different elements of the project remotely.

“Work on this project was a great opportunity to learn how to collaborate with my teammates using the tools of the 3DEXPERIENCE platform,” said Pierre (ESILV, class of 2020).

The project consisted in demonstrating how four students from three different countries (the US, France, India) and continents can collaborate in real-time, to model and create a submarine using Solidworks and 3DExperience’s platform applications.

Modelling of the submarine with Xdesign app

“I entered the project upstream, approximately two months before the event. Keeping in mind the technical specifications, I conceived all the demonstration sequence from A to Z, found the concept, created and modelled the submarine’s structure, planned the logistics for Nashville event, but also briefed and trained my teammates and stayed in contact with them throughout the project”. (Pierre, ESILV, class of 2020)

The student team created the sleeping quarters of a submarine, building off of the Subs in Schools technology challenge from the Re-Engineering Australia (REA) Foundation. The programme is the world’s first-in-class submarine design competition.

The 2-month collaborative project has focused on using simulation technology in a live demonstration in the 3D Experience World playground.

“During the event, I was in charge of project management (task management, information-sharing and storage tools, monitoring of outcomes and so on). I also managed the Human Ergonomics part of the demo, who simulates how people interact in the submarine and the virtual reality demo for visitors. ” (Pierre, ESILV, class of 2020)

Live demonstration at Nashville and a CEO whose interest was piqued

For over 14 hours, the four students worked collaboratively using the 3DEXPERIENCE to design and simulate the sleeping quarters of a submarine.

The project team led by Pierre at the 3D Experience event, in Nashville

At first, they modelled the furniture, like beds and cabinets, with SOLIDWORKS and xDesign. Then they explored the use of available space, human ergonomics and tested the strength of the furniture. The team run a CFD simulation on the external hull to test its aerodynamic properties using SIMULIA apps. They used ergonomic apps from DELMIA to check if the crew would have enough space to sleep comfortably.

“We had a lot of work to do for around 15 hours, but the outcomes were excellent. During this time, we managed to design and assembly the integrality of the interiors using the platform-tools to communicate. Many faculty members hanging around came to see us, and we even were able to present our work to the Dassault CEO Bernard Charles”. (Pierre, ESILV, class of 2020)

Simulation technologies such as 3DExperience, CATIA, Abaqus, EnSight, ASYS, HyperWorks, ALTAIR, Salomé are at the heart of the Modelling & Computational Mechanics major at ESILV.

Soft skills such as project management and interdisciplinary teamwork are part of the ESILV’s Engineering Programme taught-skillset, using project methodologies and transversal knowledge. 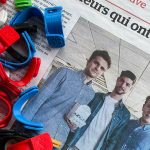 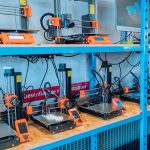 How 3D Printing is done at De Vinci Innovation Center 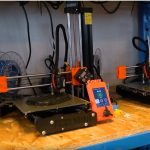 4 Unusual Objects Made From A 3D Printer