Modeling and Simulation with Compose and Activate was published by the end of 2018. The book was written by Stephen Campbell and Ramine Nikoukhah. This is a tutorial about software accessible to both experienced and novice readers.

Ramine Nikoukhah is Vice President for System Modeling and Simulation at Altair Engineering. He has a Ph.D. in Electrical Engineering and Computer Science from Massachusetts Institute of Technology.

The problem of modeling and simulation

One of the fundamental problems in many areas of science and engineering is the problem of modeling and simulation. Compose is a multi-language environment. Compose is used for modeling, simulation, and optimization.

Examples of facilities for the first category: Maple or Axiom. For the second: MATLAB, Octave or OML. The book deals specifically with this last language. OML provides several tools for developing and simulating models of several types. When combined with Activate, the number and capabilities are greatly increased.

It is particularly useful for modeling systems where continuous-time and discrete-time components are interconnected.

This is an open-system environment providing signal-based modeling as well as physical system component-based modeling. Throughout both parts are applied examples from mechanical, biological, and electrical systems, as well as control and signal processing systems.

This book is illustrated with many examples both for those just interested in OML and those doing industrial-scale modeling, simulation, and design.

All examples are worked using the free basic editions of Activate and Compose that are available.

OML is a new language released for the first time as part of the Altair Product Compose in Spring of 2017 and in 2018 as the supporting scripting language for Activate. An open-source version of OML has also been released in 2018.

OML is an interpreted language with dynamically typed objects. OML can be used as a scripting language to test algorithms or to perform computations. But it is also a programming language and the standard OML library contains a large number of predefined functions that facilitate the development of applications, especially in scientific and engineering domains.

To contact Ramine Nikoukhah. More about Master’s Programmes at ESILV and especially the specialization Computational Mechanics and Modelling. 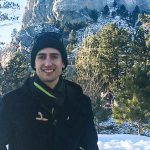 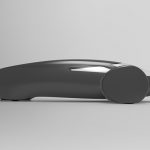 E-PULV Vision X from Vinci Eco Drive: one step towards the Shell Eco-marathon 2021 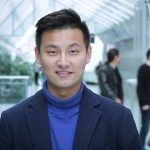