Charles Foulard, class of 2015, left France for a year of study in the USA, and the experience changed his life. Since then, Charles made America his second home, readapting the French engineering world to the local culture and ways of doing things. Here is his story in Charles’ own words.

Growing up, I was always curious and wanting to know how things work. While in Middle School, my favourite class was Physical Science. Naturally, I chose a Scientific path in high school, and after getting my Baccalaureate S, I had a career path in mind. I wanted to study finance and be a Trader at Wall Street. Even though I was feeling strongly about it, I knew that my passion for Mechanical Engineering was still strong and ESILV was the right choice for me with multiple majors to choose from.

I started with the two years of prépa integrée. After the first year, I was still convinced that finance was for me. Finally, after the 4th semester, I realized that Mechanical Engineering was my path, so I chose the Modeling & computational mechanics major as I entered the second step of the curriculum.

Many things attracted me to study at ESILV. First, everything is located on campus. Whether you need a book from the library, a snack for lunch, association projects and even weekly sports activities, so that’s a no brainer; everything is right there.

The second thing that attracted me was the opportunity to learn more about my future path and future majors while in prépa integrée, which turned out great as I chose a different major than I initially came for.

One of my favourite activity and probably one of my best experiences at the PULV was creating the Vinci Eco Drive association. It all began with a straightforward idea suggested by a professor. “Hey Charles, have you heard of the Shell Eco Marathon? Why can we participate in this?”

That was in May 2013; the rest of the story is now history. Vinci Eco Drive was founded in fall 2013 and still exists today. Its scope was to build an efficient vehicle to participate in several events every year. The founding of this association remains one of my best achievements at ESILV. I can say that this was my favourite activity at PULV. Aside from studying, I was able to learn much more. Creating and participating in this association was more than just making a car. I learned a lot about human interactions, team management, business planning. I remember all the memories fondly.

As I was busy studying and with working on Vinci Eco Drive, the ESILV was laying the groundwork for my future life. I knew that the international team was creating a new partnership with foreign universities every year. When I heard that in September 2014, students could go to California for a double diploma with UC Riverside, I immediately knew I wanted to live this experience.

So, I took my 5th year of engineering degree in the US, while studying in California.

One thing led to another, my first job after graduation was in the US! It was five years ago. Little did I know that day when I stepped on the plane and left France, that this international program was going to change my life.

I met my wife in the US, got married there, and worked a few years for the company that hired me after graduation. After developing my skills in my first job and moving to a higher position within the company, I found a job with Milwaukee Tool and moved halfway across the country to a new life a few months ago.

I got my first job thanks to my training in CAD software. I was able to use my knowledge in SolidWorks and Catia right away. Also, thanks to the many projects I did at ESILV, I was familiar with project planning such as Gantt and PERT diagrams. These skills helped me to get up to speed quickly and ultimately participated in my growth within the company.

I’m currently working as a Quality & Reliability Engineer for Milwaukee Tool. My goals in this role consist of ensuring that the project meets the quality and reliability expectations such as longevity, ergonomics & functionality of the products. 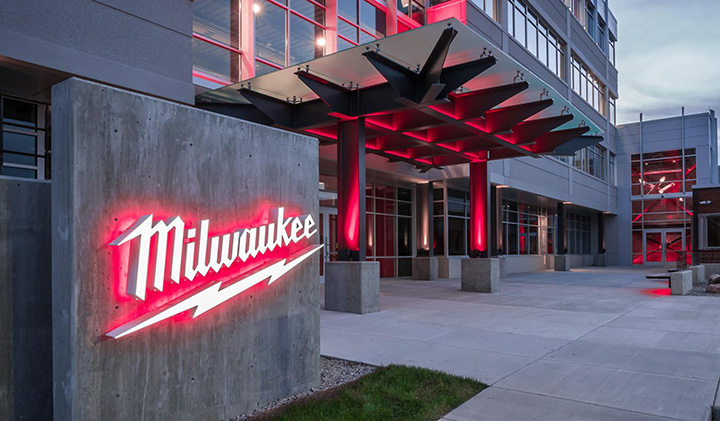 What I like the most is the constant communication between the different groups such as Marketing and Design. Each member brings his/her expertise in a specific domain, and together, the project team drives the results to success.

If I were to compare being an Engineer in the US versus in France, I would start with the growth potential. There are so many opportunities for a young, hard-working engineer to achieve huge goals very rapidly in the US.

There are no such things as “grilles de salaires” here. If you manage to develop your skills and work hard, you can get a better job and be paid more. Much more!

Another difference that I realized very early in my career here. Americans are Do-ers, French people are Think-ers. It means that in America, you will be more likely to have the freedom to spend money to make a concrete example of what you have in mind. Go to the workshop and fabricate a mock-up, order material and create a small-scale version of what you have in your head. All this, without having to ask for a budget, approvals and lengthy procedures. Just buy something and Do It! If it works, great. If it doesn’t, learn from it and try again.

The most important message I would like to share with the students is Go Study Abroad! At least for a quarter or a semester. Ideally, for a full year. It will change your life in ways you can’t imagine. You will learn about a new culture. Each country does things a different way. For example, here in the US, it’s not unusual to have some stores open 24/24h. Pretty lovely if you have a midnight ice cream craving. Or if you have an exam the next day and realize that you left your calculator in France!

Studying abroad will teach you a new language, a new culture, a new way of life. The main thing is to keep your mind open and listen. Don’t try to make the place you go to become France. Instead, try to embrace the situation as it is. Once I realized that here in the US, we measure in teaspoons, cups and gallons, that the distances are in inches, feet and miles. It’s just the way it is. It’s a different way of counting, but it works!

Going abroad will take you out of your comfort zone, and you will miss France at some point. At least I did! But keeping your mind open for new things and meeting new people is worth it! Now I have two homes, France and America. 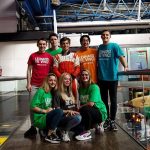 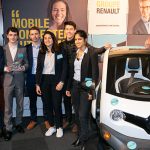 Twizy Contest: The ParkPing team on the podium, winning The Best Pitch Award 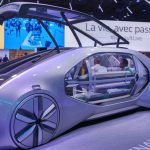