Le Figaro ranking is an important tool for candidates interested in engineering schools awarding master’s degree and forms part of an arsenal of league tables published each year by reference media outlets such as l’Etudiant, l’Usine Nouvelle and Le Parisien.

The first ranking of engineering schools for the 2019-2020 academic year was revealed by Le Figaro. The report is divided into 10 sub-rankings which rated about 200 programmes in different Engineering specialties.

ESILV is ranked 4th among French generalist degrees. These are programmes that “prepare students for a very wide range of professions, accross different sectors, including industry and finance” according to Le Figaro.

The newspaper has chosen to assess 45 generalist engineering programmes, excluding schools in the category “schools of excellence”, targeted by the best baccalaureate holders and students of star preparatory classes.

Furthermore, ESILV is also top 12 in the rankings of digital, computer science and engineering for new technologies programmes, which assesses 68 engineering schools.

These rankings results confirm the validity of ESILV’s brand identity, “a generalist school at the heart of digital technologies”.

Ranking of the 45 best generalist and multidisciplinary engineering programmes

ESILV has been ranked number four in the Le Figaro’s ranking among the top 45 top generalist engineering programmes in France.

All the data that was required and the ranking methodology for engineering schools is available for download at Etudiant.lefigaro.fr. 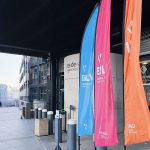 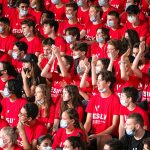 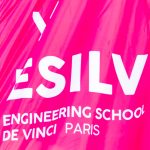