Simulation of the long-term yield curve 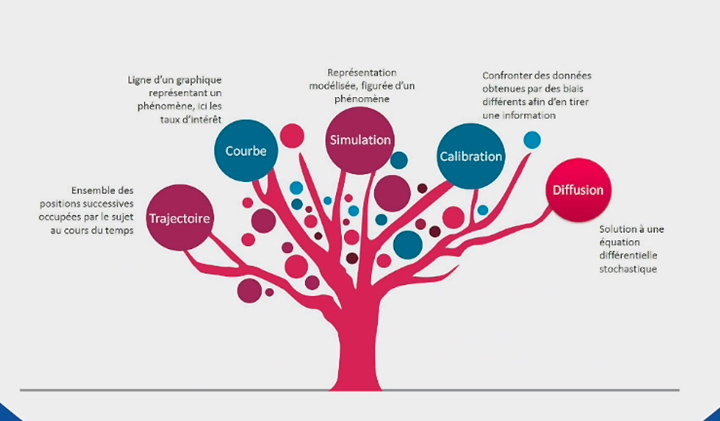 2015-2016 5th year project of the Engineering degree of ESILV, promo 2016, in partnership with the Pierre and Marie Curie University

What did they do ?

This year project was made in partnership with Mrs. El Karoui and Mrs. Hillairet and has been a very interesting and challenging experience for this team. The project enabled them to deepen their knowledge regarding the yield curve, while using their previous knowledge from ESILV, such as interest rate risks and stochastic calculus, where they had the opportunity to discover the Vasicek model for the first time.

We where lucky enough to meet with them every month at the Pierre and Marie Curie University, in order to make report about our work. Our project is exactly called: Simulation of the long-term yield curve. Our two tutors, applied mathematics professors-researchers, specialized in finance, asked us, as a first step to study carefully Mrs. El Karoui‘s lessons to start working on market values and to simulate our own yield curve.

Indeed, their objective is to build-up a yield curve from different products found on Bloomberg (OIS rates, Swaps…).

In parallel, we should also implement a yield curve modeling simulation (like the Vasicek one), as well as calibrating its parameters according to the previous real curve we built. Furthermore, we focused on different rate models, such as the Nelson-Siegel-Svensson model.

During this project they have encountered some issues. One in particular, that was big enough to slow them down in their progression.

Unfortunately, after one year, the “real rates” do not exist anymore on the market, which means they had to find it by themselves thanks to the market information. However, they managed to go over the difficulties. They are now able to show you what they know and their yield curve simulations.