There are things that people around engineers do that irritate them to no end, from stereotyping to being inquisitive. Here’s a list of things that no engineer enjoys hearing. Take note of this and refrain from saying similar things in the future.

An engineer’s life and work balance are already difficult enough, then we have people adding to the weight of it all by saying irritating things to students and asking them questions out of nowhere. Here are a few examples.

What Are Your Plans for the Future?

This is one of the most dreaded questions, not just for current students or fresh graduates, but even working professionals try to avoid this conversation. It’s such a loaded question that yes, it gets you thinking about your future plans, but not everyone is ready for it, especially being open about it with anyone.

How Did You Do on Your Test?

After one night of studying, it was as good as it gets. You should never ask exam-related questions to an engineering student since the chances are that they will retaliate if you mention anything about tests after they are finished. So keep in mind that you should never inquire about their exam.

Can You Fix This for Me?

Engineers love to talk about what they’re working on, tech topics, and of course, be proud of the knowledge and skills they’re developing, but not when it’s constantly being shoved in their faces. At the end of the day, it all depends on the type of conversation you want to have with them, if it’s to have a favor come out of it, then better be more sensitive towards it. Think of it like asking a doctor for medical advice, which could be out of their scope of experience, or asking your designer friend for a “quick logo”; the rule still applies here too.

Which Product/Brand Do You Prefer?

Never ask an engineer what they think of the product with which they work or are a fan of. Just like tastes change over time, their preferences will too, especially when it comes to the technical aspect of it all and how it’s being marketed, be sure that engineers will tell things as they are, but they’re still allowed to change their minds with they experiment with different brands.

When Was the Last Time You Took a Break?

Come on. That’s just plain rude, even worse if you’re asking when was the last time they showered. Both are inappropriate, even if it’s for jokes. This comes with another extension of questions: “If you don’t sleep and study at night, what do you do?”, “Do you even have a life”?

Oh! So you’re a girl engineer?

No. Just an engineer. Females are already at a disadvantage, despite impactful efforts, especially in the engineering field. Recent research is highlighting that there are 14 elements that became a challenge for women in engineering and other professions as well, including leadership, gender discrimination, sexual harassment, work-life balance conflict, child care, safety, support, health, work environment, communication, salary gaps, transportation, leaves, and women mentor. To top it all with such a discriminatory question is not advised.

That is why studying at ESiLV means setting your own personal boundaries as an engineering student from the start, and taking control of your own learning while surrounded by businesses that take an active role in the school’s teaching. The courses not only provide countless opportunities to develop and broaden the scope of your learning: technical projects, majors, tracks, time abroad, double degrees, and internships, but also help you develop empathy towards peers and even professionals in different departments to better equip you for real-life dynamics.

What’s the most annoying question you’ve ever gotten as an engineering student? 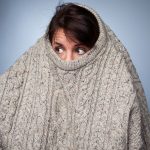 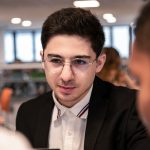 How Lifelong Learning is the New Normal for Engineers 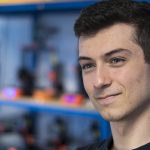