Universum, a consultancy agency specialised in employer branding and employer attractiveness surveys, has revealed the 2020 list of the most attractive companies for young talent graduating from French business and engineering schools. Its annual survey conducted among 35,768 students ranks the ten most popular companies among future engineers.

Services such as Universum help companies to establish strategic employer branding strategies to gain greater visibility in the labour market, allowing companies to explore trends and anticipate future challenges, thereby boosting communication with young professionals. Universum has become the largest international survey of its kind and is one of the tools used by companies to build their strategy for attracting and retaining talent. This league table also provides recruiters with some insights into students’ favourite business sectors, their priorities, compensation expectations and their dream employers in 2020.

The leading electricity supplier in France and Europe and the second-largest electricity producer in the world behind China Energy Investment, EDF is a prominent recruiter in France. The group employs nearly 165,000 people worldwide, including 1,870 in R&D in France. The energy company recruits 11,000 new employees every year. Salaries at EDF are 8% higher than those of the competitors for non-managerial staff, and up to 10% higher for managerial staff (except for senior executives), Deloitte study reveals. Thus, the average gross monthly salary is 4,908 euros, ranging from 2,335 euros for ” operatives “, to 3,693 euros for ” senior managers “, and up to 6,717 euros for executives.

VINCI is the world’s second-largest concession and construction company, with more than 200,000 employees worldwide and a presence in 116 countries. It has five business divisions: Vinci Autoroutes, Vinci Concessions, Vinci Energies, Vinci Construction and Eurovia.

The French national airline has nearly 85,000 employees and is a founding member of the Skyteam global alliance, alongside Korean Air, Aeromexico and Delta. Air France recruits many young graduates, particularly in aeronautics and in the digital sector.

Microsoft, the American multinational technology company, is one of the tech giants alongside Google, Apple, Facebook and Amazon (GAFAM). It has more than 120,000 employees in 107 different countries. The corporation offers a dynamic, innovative and stimulating environment that attracts young graduates.

Apple, the leading American multinational technology company, continues to inspire young graduates interested in this groundbreaking and cutting-edge environment. It has nearly 120,000 employees in 22 countries and about 500 Apple Stores. The types of jobs that correspond to young engineering graduates are varied (marketing, sales and business development) and the dynamic and fast-paced setting matches the expectations of Millennials and Gen Z.

Dassault Aviation, the French aircraft manufacturer, is a multinational company that employs more than 11,000 people, of whom nearly 10,000 are in France. There are many engineering positions to be filled.

Safran, a major French defence and technology supplier, is active worldwide in the aeronautics, space and defence sectors. It has more than 90,000 employees worldwide and offers a wide range of positions and sectors to young graduate engineers.

Located in the La Défense district, a stone’s throw from the Pole Leonard de Vinci, Thales is one of the world leaders in aerospace, defence, security and ground transport equipment. The company has 80,000 employees in 68 countries.

The most popular search engine in the world is the third GAFAM member to be among the favourite companies of engineering school graduates. Google has over 100,000 employees and, just like Apple and Microsoft, offers an innovative and dynamic framework that matches the expectations of the younger generation.

The palm goes to Airbus, as it has for the last five years. The European aircraft manufacturer based in Toulouse, which manufactures more than half of the world’s airliners, is the most sought-after company for young graduates. The group has more than 133,000 employees worldwide and offers many opportunities for engineers. 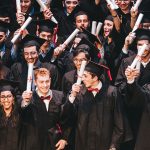 What salary can you earn with a Master’s in Engineering at ESILV? 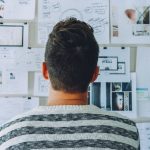 What Are The Differences Between Hard Skills, Soft Skills and Mad Skills? 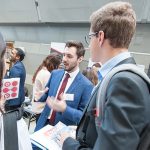