Machine Learning is an artificial intelligence technology enabling pattern recognition and predictions based on statistics and data mining.  Computers have the ability to learn without requiring specific programming.

1- Weather Learning, prediciting the weather report based on historic data

“Weather Learning” is a project which aims at developing a tool allowing to predict the weather report, anywhere in France. It is based on modern methods of Machine learning and Deep learning.

This project does not use physico-chemical modellings but the history of the weather data. After identifying meteorological sources from which data from more than 10 years ago could be extracted, students developed algorithms allowing to extract the meteorological data. MongoDB was chosen as a database for its capacity to manage geographical coordinates. The next phase consisted in the cleaning of the data to make them exploitable for Machine Learning. Some supervised models such as “Random forest” or still “gbm” allowed to have a first approach of the prediction. They were applied to some stations of a restricted perimeter (French region “Centre-Val-de Loire”). They gave encouraging results.

The Project Centric Mailbox (PCM) aims to creating a new method of visualization to see e-mails, with the help of the D3.js technology. The PCM is gathering the mails from the Gmail Box (at first), with the Gmail API, and the web application is running with Python and Django in the background. Machine Learning algorithms are running to put the mails into clusters, each cluster belonging to a user project. For example, if a person is working on 5 projects, there will be 5 clusters. Mails are imported to a Neo4j Database. Once connected, the user can choose between the clusters. The mails belonging to different projects won’t be mixed in the same page, enhancing the visibility of the emails.

3- An automated system for the analysis of financial news

The goal of this project is to implement some fairly advanced machine learning algorithms in order to detect the overall meaning of financial news without having to read them. The project is structured in different parts. The first part is the web scraping. Using different tools like Tor it is possible to download automatically thousands of articles from different websites like Bloomberg or CNN and to archive them in different folders corresponding to different companies. The next step is labelling. This operation is needed to calibrate the dataset in order to implement correctly the learning part. This is not a computed operation, it must be done by humans so that the overall sense of each article is understood and the data set is divided in four categories: positive, negative, neutral and irrelevant. Then articles are parsed so that all the useless words are deleted and only nouns, verbs, adjectives survive, making the dataset analysis easier.

This is when the learning phase begins. The algorithm analyses the articles and builds the dictionaries with the words it found in the training set. The test set compares the words contained in the new articles with the labelled ones and assigns a label to the new article.

Another technique used is the logistic regression which is more accurate because it gives more importance to more frequent words. The environment used in this project is Python which is a versatile language and has a lot of libraries already available to perform natural language processing. The possibility of simply classifying articles regarding a specific company is useful especially for possible investment strategies which are based on sentiment analysis.

4- EVA, a human resource assessment tool based on artificial intelligence

This project aims to create a tool for assessing candidates’ qualifications based on artificial intelligence techniques, video game techniques, 3D environments and avatars. EVA is a platform where a job interview between the candidate and the artificial intelligence of the same name is hosted. The interview is conducted as a serious games, whose decor is a chalet in the middle of snow-capped mountains.

And what about internships on machine learning ? See there for a few examples !

More information about ESILV’s programme and its project-based educational approach. 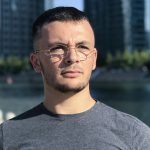 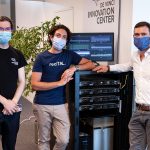 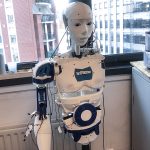 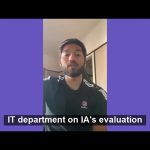 #PI²4 Creation of an Online Platform for Data Dissemination 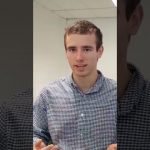 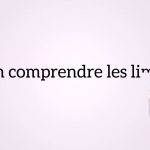