Infrastructures, healthcare, energy sources, and so many other related fields require innovation and problem solving; two areas of expertise engineers excel at that make our daily lives easier. With the rapid and growing changes and threats the world is facing today, the engineering world is handling more challenges than ever before.

Whether it’s the challenges in the workplace or the planet, we’re laying out the most pressing ones that will be the engineers’ focal points in upcoming years.

The engineering sector is still trying to tackle the deep-rooted issue that is the lack of female engineers.

ESiLV engineering school, firmly believes that gender stereotypes should not exist, let alone dictate the outcome of women’s careers; and engineering is no exception.

Such diversity and representation play an important role here. Having women actively present at every stage of the design, concept, and execution processes is key to ensuring that both gender perspectives are taken into account in any given project, big or small. In fact, several studies on gender differences in nonverbal deciphering have shown that women are superior in decoding emotions than are men (“Gender differences in emotion perception and self-reported emotional intelligence” study). That proved to be a big team asset, especially when working on long-term projects that involve communities and cities. Here’s why:

Reading people’s needs and properly analyzing the urban infrastructure will ensure a smoother and clearer vision without compromising feasible plans and strategies, as it allows involved parties to think beyond the materialistic and instant gratification of accomplishing a project, but instead, connect on a deeper human level and protecting the environment.

“We can’t solve problems by using the same kind of thinking we used when we created them.” – Albert Einstein

A Step Towards Green Engineering

Climate change is no longer just a “trending” topic but rather an urgent matter that requires immediate attention, not just when it comes to handling its consequences but preventing them as well.

With scientists joining forces with engineers, finding sustainable and implementable solutions to the energy problem will guarantee that the future generations of engineers will be more and more environmentally conscious, and advocate for green engineering to improve sustainability.

By giving engineers room to innovate, create, and make substantial changes, protecting and saving the world will no longer be impossible, but an attainable goal and a promise engineers intend to keep.

Ethics of the Engineer

With so many unstable factors playing the field, one thing remains certain: the ethics of an engineer cannot be questioned.

ESILV is proudly developing its teaching by integrating the challenges of Sustainable Development, CSR, and Ethics over the 5 years of its Master in Engineering programme with the support of The Shift Project, particularly the “Training the engineer of the 21st century” project that proposes a method to better integrate ecological issues into engineering training.

Consequently, students will take engineering ethics courses that incorporate some of the requirements of The Shift Project’s recent “Training Engineers for the 21st Century” report.

These courses will highlight the relevance of ethics as a tool and guide for action in a complex world and serve as an opportunity to shed light on the political dimension of technological innovation and the unique responsibility of engineers in the age of the Anthropogenic.

Are you ready to become part of the future world of engineers that make a real difference in the world? 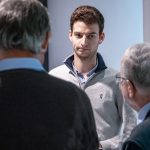 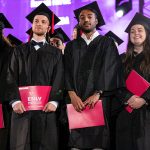 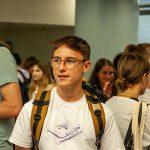