The opening of the first international branch of the Pole Leonardo de Vinci in Dublin, the European home of the GAFA tech giants, gave the Corporate Partnerships department of the three schools – ESILV, EMLV and IIM – an occasion to organise the first Career Fair in Ireland, on November 7th. At the headquarters of Dorset College Dublin, situated in the heart of the Silicon Valley of Europe, ESILV engineering students came into direct contact with about 20 employers, including Google, Microsoft, VMware, Dell Technologies, etc..

In Dublin, there are about 160 students from the De Vinci Pole, including double-degree and internal exchange students enrolled at Dorset and Griffith Colleges, that mix with the employees of some of the largest high-tech companies based in a European setting: Google, LinkedIn, Indeed, Microsoft, Airbnb.

With recruitment in sectors such as IT and Tech, customer service, chemical and pharmaceutical industry running at full speed, an unemployment rate below 5% in July 2019, and a robust economic growth, the Irish capital was designated in a natural way a land of choice for the Léonard de Vinci Pole’s international development strategy.

Career Fair: companies, students, and alumni who are being immersed in digital technology

Former graduates are currently working for companies featured in the top 10 among most attractive employers, according to Universum survey, such as Google and Microsoft, but they also made careers in start-ups and companies with transformative innovations, such as TVadsync and VMware. They all shared their address books with the students to help them build a network of professionals. 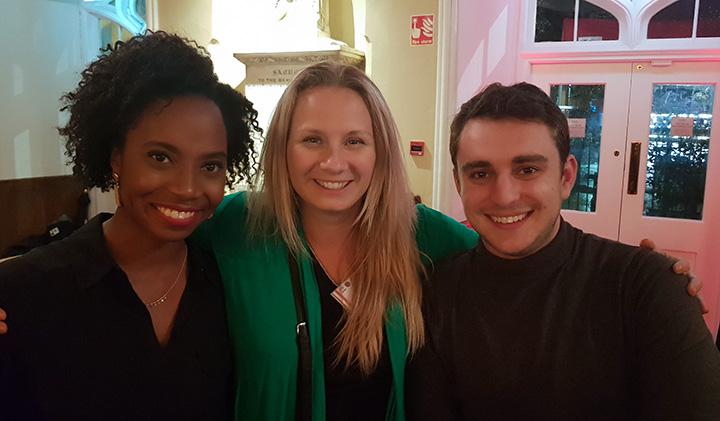 On that account, the alumni shared their career stories with students and their experience on how to land a job in one of the companies headquartered in Dublin. They also positioned themselves as recruiters, attempting to draw on skills and talents from the Pole’s students in Engineering, IT and Marketing.

Ken Moussat, a graduate from ESILV, specialized in Computer Science, Connected Objects and Security, is currently a security engineer at VMware.

“We noticed that students gathered here, at Dorset College, are very passionate about what they are involved in, and that’s something that we look for in our candidates: passion to make customer experience a safer activity. We also tried to highlight some technical aspects of VMware and its brand identity. VMware prpoposes to use its technology as a force for good, whether through customer services or sustainable communities.” (Ken Moussat, Security Engineer @VMware)

Students preparing for their next internship, apprenticeship or even a job in Dublin, took advantage of the opportunity to talk and network with recruiters interested in foreign talent. Their English and cross-functional skills are strong assets when entering the workforce. Through privileged partnerships with universities such as with Griffith College and Dorset College in Dublin, students will get opportunities to work in many of the leading industries in Ireland and abroad.

We were delighted to host the first De Vinci Career and Alumni fair here in Dorset College. We look forward to the next…

In France as well as worldwide, having worked and studied in Dublin – a city that carries distinct features of a high globalization era brought by the Celtic Tiger economic growth – can give candidates a major advantage when they try to position themselves as qualified talent. This is an additional opportunity for ESILV students who get a grasp of Dublin’s Silicon Docks” culture – Dublin’s Tech Club  – to showcase their knowledge on the Tech industry. 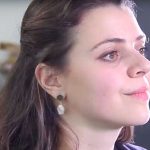 Hélène, class of 2012: Landing a Job in a Tech Company thanks to the Engineering Culture 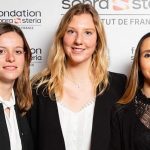 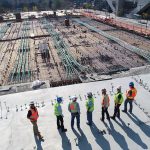